We continue to be one of the most popular Hamptons boat rides and rentals because we offer both private charters and ticketed open boat rides. Our boat, American Beauty II, is docked on Long Wharf in Sag Harbor. In addition to private boat charter, we offer narrated 90 minute nature cruises and 2 hour sunset cruises. Since 1992, we’ve been one of the few attractions of its kind in the Hamptons. Please let us show you Sag Harbor in a whole new way! 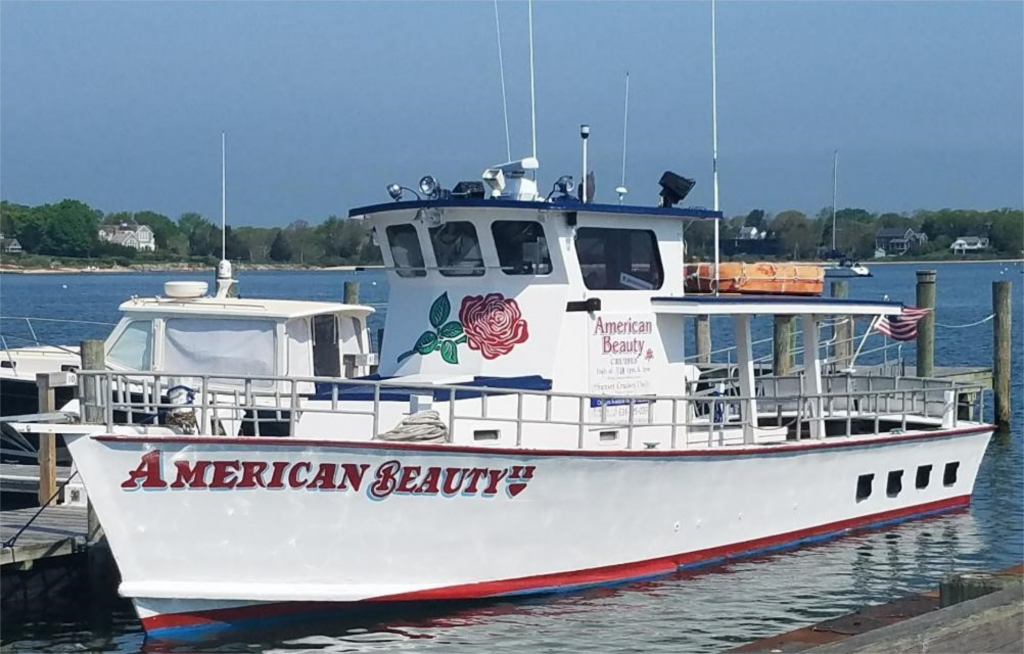 American Beauty II is a custom built 44 foot sightseeing/party boat. It is US Coast Guard inspected and approved to accommodate up to 33 passengers. Amenities include a bathroom, a shaded area and many seats for a comfortable cruise. We also have two tables that can be used to handle your food and beverage requirements. A ramp is used to board the boat to accommodate all passengers. Details about American Beauty II

A native of New Jersey, Captain Don Heckman discovered Sag Harbor in the 1970s when he was attending Southampton College. He worked for a time as a commercial fisherman, but surgery to remove a brain tumor put an end to that career. It did not keep him off the water, though. After recovering, he obtained his captain’s license and bought his first tour boat, which he replaced with American Beauty II about a decade ago. Captain Heckman said he would probably keep at it “until I die or win the lottery. And if I win the lottery, I’ll probably do it another 10 years.” The reason? “I enjoy it. Really, I love it,” he said. “I meet a lot of nice people.” (Excerpt from an article by By Gavin Menu – August 3, 2016 in Sag Harbor Express)